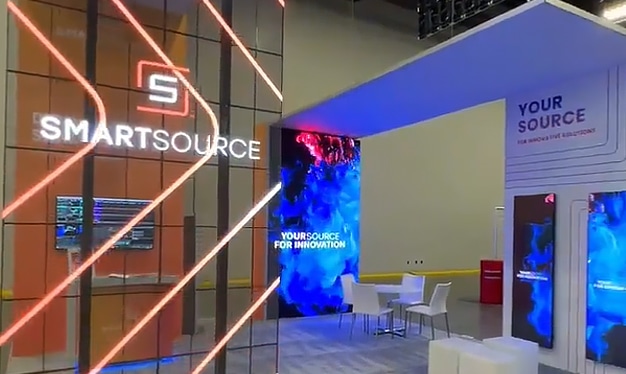 We had an excellent time exchanging ideas with fellow industry peers at EXHIBITORLIVE this year. The evidence was clear that attendees were hungry for new ideas to showcase their brand messaging in new and inventive ways.  We’ve included a summary of some of the best-in-class technology we featured in our exhibit that you too can use to surprise and delight audiences at your next face-to-face marketing program.

Whether your next project requires a smaller technology footprint or a 90-foot LED wall, we have you covered with the right solutions and an extensive team of event experts.