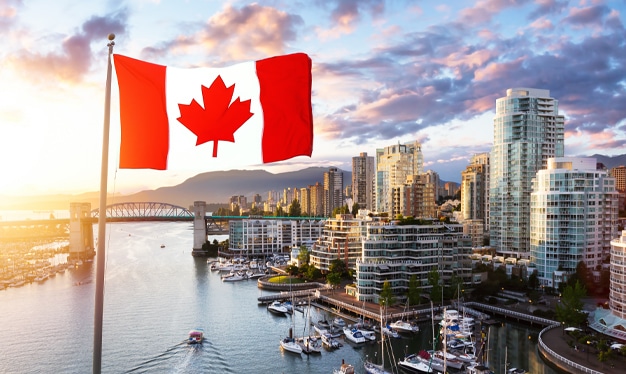 SmartSource®, an ABCOM Technology Group company, one of the nation’s leading technology solutions providers, announced that it is expanding its presence to Canada to further meet the increasing demand of the nation’s film and television industry. SmartSource had already made strong inroads into the Vancouver market, serving its production companies largely from its Los Angeles, California branch office. With growing demand, however, the company made the decision to establish a local presence in Vancouver, B.C. It is the American company’s first formal entry into another country.

According to SmartSource Sales Director Jeremy Lyon, a native Canadian from Vancouver based in the U.S., “We understand that rapid deployment of customized technology and support are essential to keeping productions rolling smoothly. The Canadian film and television industry has been steadily growing, with the latest data from the Canadian Media Producers Association (CMPA) noting that the industry generated over $9 billion in production volume and contributed $12.2 billion to Canada’s gross domestic product (GDP). Nowhere has the industry been booming more than in Vancouver, the third largest film and television production center in North America. As part of our Canadian expansion, we will be adding studio-specific technicians, studio contractors and other support staff, who will be based in Vancouver.”

SmartSource Business Development Manager for Entertainment, Sergio Bertamini, added, “Leveraging our proven track record serving the American entertainment industry, we have been able to build an impressive client roster of major production companies and studios in Los Angeles, New York, Boston, Chicago, and Atlanta. It was a natural extension of this success that we were able to attract leading studios north of the border with growing inquiries for our film and television production solutions, particularly from the Vancouver region.”

Future plans for SmartSource include expanding its services to Canada beyond the film and television industry to other vertical markets where it has been successful in the United States.

SmartSource®, an ABCOM Technology Group company, has more than 35 years of experience serving clients’ business technology needs in the events, staffing, legal, government, finance, education, entertainment, and meeting production industries. The company provides service throughout North America through its fully staffed and equipped offices in major metropolitan markets. SmartSource draws from its extensive inventory of IT, AV, and interactive technologies to deliver solutions as varied as computers and help desk support for remote staff, office equipment for temporary spaces, or multi-story video walls for trade shows and events. Deep experience in logistics and IT services ensure clients are covered on everything from warehousing to asset tracking, cybersecurity, and technical support. The SmartSource team is passionate about leveraging its expertise to empower clients to excel.